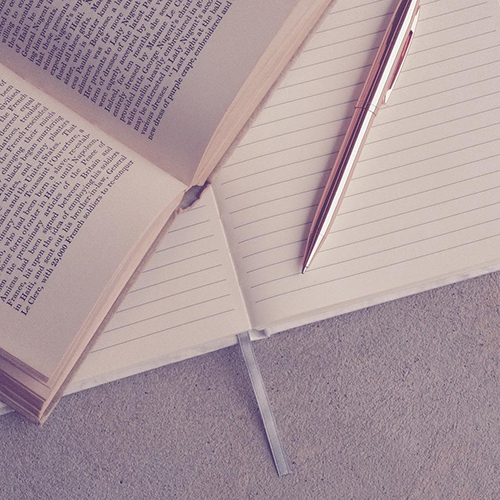 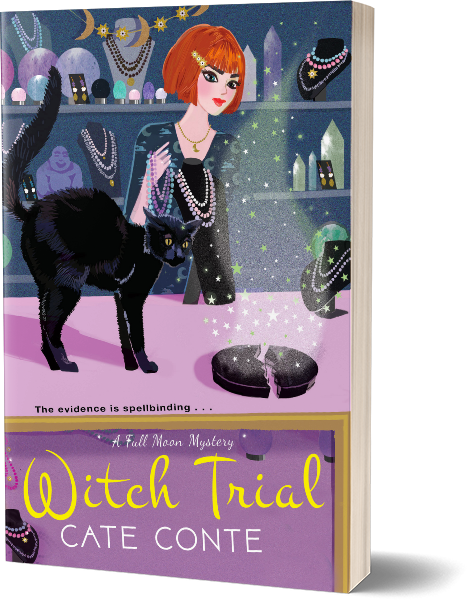 I can’t wait for book two in the Full Moon Mysteries to hit the shelves on Dec. 28! Witch Trial follows Violet Mooney on her new journey after she discovers she’s a witch – and while she thought that news alone was astounding, she had no idea what she was really in for…

I love, love, love writing this series. It’s got all my favorite things—murder, crystals, witches, lots of purple, and best of all, a complicated mother/daughter relationship.

Why is that the best of all, you may be wondering? It doesn’t sound great, for sure. But conflict drives story, right? Imagine if everyone just…got along. Bo-o-oring. This way, it’s an added struggle for Violet to contend with while she’s dealing with multiple struggles in this series.

It’s also a great way to develop character. In this case, since some of the story is told through Violet’s mother Fiona’s voice, it helps me develop both of them. Since these relationships also run the gamut of emotions, it allows me to explore different emotional depths for Violet that I couldn’t quite reach through other relationships she has. And for anyone whose first impression is to vilify Fiona, well, I hope seeing things through her eyes helps you see that she’s struggling with her own stuff and things are not what they seem on the surface.

It also provides a whole other subplot to carry the story forward, which every writer loves—and needs—to create a story that feels more real. Most people in life aren’t dealing with just one thing at a time. There are always multiple things going on every day. Hopefully no one is really dealing with murders, but maybe someone is dealing with a major issue like an illness or job loss, and the water heater just died, and their daughter’s school just called because she called her teacher a bad word, and they’re in a fight with their brother and there’s a lot of drama about it…you get my drift. Fiona’s presence adds a whole other layer, as well as that feeling of conflict and unease about what’s going to happen next.

Finally—and probably selfishly—it gives me an opportunity to play therapist for myself and my own complicated relationship with my mother. I mean, this is a whole blog post in itself, right?

If you haven’t checked out my Pawsitively Organic Mysteries (written as Liz Mugavero), my main character Stan also has quite the complicated relationship with her mother. A lot different from Violet’s but fun all the same. Check it out if you love this subject as much as I do!