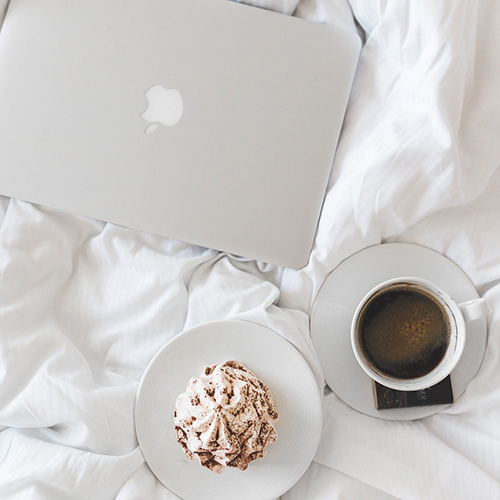 When I was getting ready to declare my major in college, my parents asked me what I had decided. Of course, I’d known since I was probably seven years old that I wanted to be a writer, so of course my major would be English. (I know, I know, there’s fancier programs for writers out there, but I was going to a state school and that was pretty much what I had as an option. But I did my research and I was confident with my choice. My plan was to go to grad school after that for one of those fancy programs and really hone my craft.)

Anyway, I was eager to unveil my plan because I was so excited about it. I told them loud and proud that I was going to major in English and become a writer.

You know what my dad said?

“That’s great. Are you going to be a teacher?”

Yep, those were his exact words.

And I instantly went on the defensive.

Don’t get me wrong—I think teachers are some of the best people in the world. Both my parents were teachers. But I knew from a very young age that it was not for me, at least not in the traditional sense.

Now—I know my dad was saying this out of love. He was passing along his own beliefs about how to live a safe life. I knew he wanted me to be able to provide for myself and have a pleasant existence. I know he meant well. But I had this burning desire for myself that did not fit in with the plan of being a teacher, or pretty much anything they had planned for me.

When I told him that (the teacher part), he said, well, you need some kind of back-up plan. Writing’s nice, but it doesn’t pay the bills.

I could literally feel my whole body deflating. He’d just told me my dreams were unreachable. I remember walking out of the room with my head held high, still set on my English major.

His advice planted a seed of doubt that I spent years trying to forget. I told myself I didn’t believe it, that he was wrong, but it was too late. It was in there. That one idea had taken hold of some brain cells and it just wasn’t letting go, no matter how much I tried to ignore it.

I went on to get that degree, and a graduate degree in Writing and Publishing from Emerson College. I worked as a journalist, and a marketing and communications professional, and kept working on my books until I got published. On the side.

Yep, every book I’ve written except my last Full Moon Mystery was written in the margins of my life. A stolen hour in the morning, a few minutes before bed, a weekend locked away. And I’m super proud of this. I’ve had two successful careers going for a while now. And now I’m making the transition to put more of that emphasis on my writing life. Because I do believe it can be my living.

Listen, I get it. I’m not saying that we’re all going to instantaneously become mega-bestselling authors with TV deals. We all need to make our livings taking into account our families, our lives, and our unique set of circumstances.

And, we might all have different aspirations about our creative selves. Some of you may not want to do your creative work full time, and that’s okay! You deserve to live your version of a creatively-fulfilled life.

What I am saying is that too many of us tend to let someone else’s ideas about life dictate our dreams and how far we take them. We give in too easily to this idea that we can’t, or it doesn’t work that way, or it’ll never happen.

Guess what? Those ideas don’t have to be true.

If I could say one thing now to that teenage me standing in that kitchen, it would be, f*ck the back-up plan.

We know what we were put here to do.

So if you have creative dreams that haven’t yet manifested and you want to dust them off, do this exercise now. Grab a journal, or a piece of paper, or the Notes app in your phone. And just write about why you’re a writer (or painter, or whatever creative endeavor rocks your world). Don’t think. Just write. And remember.

And, voila! You just took the first step in reconnecting with your creative self. And remember this: There’s plenty more where that came from.