The truth about creative blocks 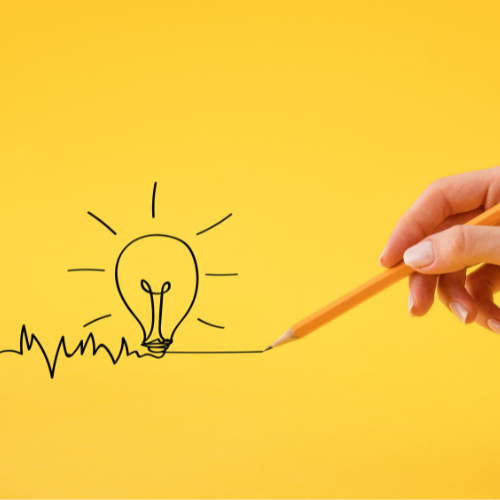 How do you know if you have a creative block?

It sounds like a simple concept. A variation of writer’s block, even. But where writer’s block is usually defined as unable to make progress on a writing project, I think of creative blocks a little differently.

When the simple thought of putting a pen to page paralyzes you, that’s a creative block.

It’s opening a journal, then closing it again with that feeling of I can’t do this, that’s a creative block.

When you see someone else creating something that tugs at your heart with a feeling of That’s something I always wanted to do, but you feel like it’s just not possible, that’s a creative block.

When you put aside your creative dreams as pipe dreams, then years later feel miserable—or angry—when you see someone else fulfilling their similar dreams, that’s a creative block.

When your current career is not fulfilling no matter how much money you make and you’re longing for something more but have no idea how to even start, that’s a creative block.

I could go on. There are hundreds of examples of this, all as unique as every person who brushed their creative dreams under the rug.

I’ll give you one of mine. I was so used to writing being an unacceptable career choice that it was hard for me to even use the word to describe myself. When I was working as a journalist, I happened to notice that one of my colleagues’ email signature was reporter/writer.

See, I was so used to writing being an unacceptable career choice that it was hard for me to even comprehend using the word to describe what I did on the daily—even for money. Up to then, I had only acknowledged the reporter title. I remember saying to someone, kind of in awe, that this colleague called himself a writer.

That person looked at me like I had five heads and said, “Well he is. And so are you.”

I mean, I was literally collecting a paycheck (admittedly not a big one) from my writing in a “real job” and I still couldn’t even admit to myself that I was a writer—because I didn’t believe it was viable.

This stuff is insidious, and unless we face it head on, we’re never going to achieve our full creative potential. The process of creative recovery is long, in depth, and can be hard and heartbreaking. It can feel weird. Wrong. Decadent. Selfish. All the things.

But the first is committing to it. Taking your desire to create seriously. And then taking one small, imperfect step to changing the story.

Then, you’ll find the other steps falling into place.