Liz Mugavero/Cate Conte is the bestselling author of three mystery series, two with Kensington Books and one with St. Martin’s Press. As Liz Mugavero, she writes the Pawsitively Organic Mysteries, the first of which was an Agatha Award nominee for Best First Novel. As Cate Conte, she writes the Cat Cafe Mysteries and the new Full Moon Mysteries, featuring newbie witch Violet Mooney. She is a member of Sisters in Crime, Sisters in Crime New England and the Cat Writers Association. 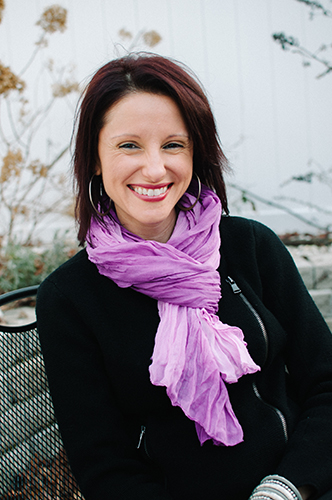 Liz has been a writer since she could hold a pen. As a kid, she used to demand that people read to her until she could do it on her own, and then her nose was always stuck in a book. She started writing bad poetry and short stories at a very young age, and even took to sitting at her mother’s old typewriter and typing out chapters of her favorite books to see what it felt like to write a book. In fifth grade, she wrote an essay describing her success as an author, and has been on the path to achieving that dream ever since.

She blames her grandfather for her fascination with crime, serial killers and murder—he was a detective, and although he never regaled her with any really juicy tales, it didn’t stop her from making them up.

She attended college in Salem, Mass., where she spent more time studying witches than anything else. She has a master’s in writing and publishing from Emerson, where she wrote her (mostly terrible) first novel as a thesis. From there, she started writing mysteries and began the long process of getting published.

In between toiling away at those first few novels, she turned to journalism and worked at newspapers across Massachusetts, New Hampshire and Connecticut. Her favorite assignment by far was writing a weekly column on the last season of The Sopranos, which culminated in an interview with Steven Schirripa (Bobby Baccalieri) and Joe Gannascoli (Vito Spatafore). From there, she turned to a career in marketing and communications, which still takes up a good amount of her days.

There’s a reason why she’s got the reputation as the “cat lady” in the writing world, although to be fair she’s just as much of a dog person. Aways an avid animal lover, Liz has been in the animal rescue world for more than two decades, with the majority of that time focused on cats. She’s worked at and served on boards for shelters in New Hampshire, and has been a cage cleaner, foster mom, adoption counselor and chief litter box changer for most of her adult life. She’s since added dogs into the mix. Currently, she shares her home with two rescue dogs, Molly from Arkansas and Penny from Tennessee, and four rescue cats—Snowy, Katsi, CC and Jack.

Cate Conte was born in 2014 when St. Martin’s Press requested a mystery series featuring—what else—cats. The pseudonym is a nod to her aforementioned grandfather, the detective, which seemed completely fitting. The Cat Cafe Mysteries feature Maddie James, who moves back to her childhood home on Daybreak Island off the coast of Massachusetts and subsequently opens a cat cafe to help with island rescue efforts. Of course, people are murdered along the way and Maddie discovers she has another skill—solving crimes.

Cate’s new series, the Full Moon Mysteries, is a confluence of all her favorite things—witches, crystals, cats, moon phases and magic.

Note: this is a private list—your email address will not be shared, and you can unsubscribe at any time.