How to find your creative “why” 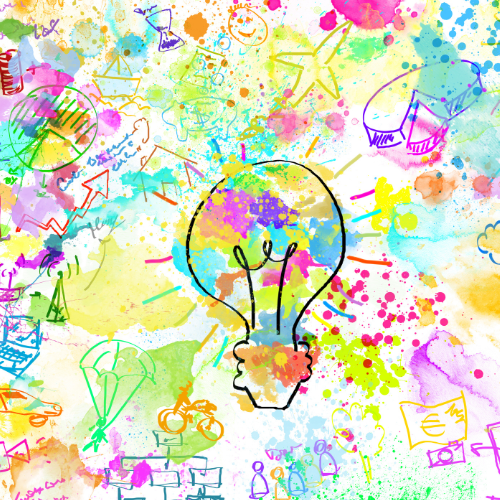 Before you can have a creative practice, you need to figure out WHY you want one. Because if you want it for the wrong reasons, it’s not going to come as easy as it should.

For me, the why was easy. I was born with a love for stories. I demanded to be read to every day when I couldn’t read; when I could, I was never without a book. Stories shaped me. They were an escape. The characters were north stars to me. I lived vicariously through the books I read as an adolescent, when I felt like I had no life of my own. I made up stories in my head when I had to play outside by myself: haunted woods, escapades into space, investigative reporting and made-up mysteries to solve.

And then I started telling my own stories, in whatever form struck me. Back then, I wrote everything—poems, shorts, even an outline for a soap opera. I just had the need to write about people, their motivations, the things they were driven to do, and the consequences of those actions.

It’s not like this for everyone who has a desire to create. Nor does it need to be. For some people, the urge to explore some form of creative activity comes later. I heard an amazing story about a woman who began creating art by putting words on driftwood after a traumatic divorce that led to a stroke in her thirties. This act of collecting driftwood and burning words onto it became a life-saving outlet for her. Now it’s a business—but it didn’t start out that way. It started out as a way to find some semblance of meaning in a series of terrible events.

Creating something is a form of expressing our aliveness. Feeling empty inside and wanting to work out your feelings constructively and independently could lead you to picking up a journal every day to explore what’s going on inside you. This is a creative practice. It’s likely this is also a lifesaving practice.

The why has to come from the place inside you that can’t be ignored. That can’t NOT do the thing. The why should never be Because I want to be famous or Because I want to make a lot of money. Those are great things, for sure, and if they happen that’s amazing. But the desire has to be there without ever knowing if those things will be true.

I believe a true creative practice comes from a need to be in service—to yourself first, then to others if you choose to share your creations. Being in service to yourself first also means to decide what creative passion you want to pursue and sticking to what’s right for you. If you want to write short stories and everyone’s telling you to write a book, you might write the book but your heart likely won’t be in it. And the people reading the book probably won’t feel that connection to the work either—because you don’t have it yourself, as the creator.

Being in service to yourself first allows you the choice to be in service to others. For me, playing with all the stories in my head, telling them in different ways, testing them out as a poem, or a play—all of that led me to understand that books were my medium. That I wanted to tell stories in a format that allowed me to capture someone’s interest over a period of time, with the room to explore different themes, characters, ideas.

That doesn’t mean that someday I won’t write other things. If the why is there for me to tell a story in a different way, I’ll do it.

If the why makes sense, if it feels right in my gut, then I’ll go with it.

So take a minute today to sit with yourself in silence. Really ask yourself, What am I trying to accomplish by starting a creative practice? What does it look like to me? What will bring me the most joy?

If you can get to those answers and have that “hell yes” feeling about them, then congrats, my friend. You’ve got your why. Now let’s go create.