The simple math that blew my mind 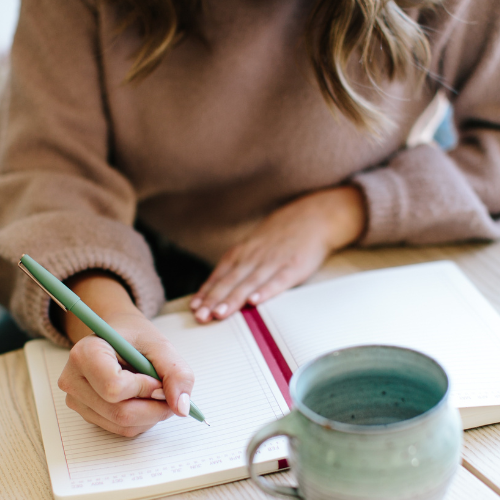 If you’re a writer and you haven’t read Steven Pressfield’s books about writing, stop reading this right now, open a new tab, and order them. I mean it. (But come on back after you do!)

All kidding aside, Pressfield is a genius—a prolific fiction and nonfiction writer who has been doing the work for years. His book, the War of Art, is a bible of sorts for creative types – or anyone, really, who wants to do any kind of venture that is a soul calling.

He has a new book out today called Put Your Ass Where Your Heart Wants to Be, and I’m checking my mailbox frantically every hour to see if it showed up yet. I listened to a conversation he had with Marie Forleo last week, and as usual everything he said resonated so deeply.

He talks about Resistance (yes, with a capital R) as the thing that holds us all back, the biggest enemy we have. Resistance is the enemy that shows up in sneaky ways, disguised as rational procrastination, family emergencies, negative self-talk, imposter syndrome, grocery shopping, day jobs—pretty much anything that acts as a convenient excuse to keep us from the work we’re called to do.

Resistance can be ugly and debilitating and something I’ve learned to recognize pretty much instantly. For me, it shows up in a weird relationship with time.

I’ve always struggled with the concept of time. I felt for years that if I didn’t have a whole, empty day stretching out before me, then I just didn’t have time to do any kind of productive writing. Which meant I used to waste SO MUCH TIME spinning around being mad that other things needed my attention, or lamenting how my career could be at a whole other level if I just had more time. This was all before I realized that my obsession with time was just the fear of sitting down to do the work.

I eventually learned to work around my time constraints and become moderately productive. I still struggle sometimes, but I’ve learned to employ certain systems to get my work in during busy times.

But even with 16 books under my belt and more in process, the simple math that finally sunk in when I listened to Pressfield talk about it finally hit me. The big aha moment:

He says you can be a full-time artist in just one hour a day. “The muse does not count hours, she counts commitment.”

The muse does not count hours, she counts commitment.

So if you sit down for one hour a day, or even a half-hour, and you give 100%, you’re golden. The muse will respond to that. And, he says, it’s even better if you sit down at the same time every day because the muse needs to know where and when to show up.

I love this so much. When I heard this, I felt like the heavens opened up and this huge, bright light shined down on me. If I’m being honest, I think part of me still felt a bit like a fraud—if I was really a writer, why wasn’t I able to spend eight hours a day on my writing?

But that’s just Resistance talking. Again. Most creatives, even full timers—himself included—do about 2-3 hours a day on the really creative work. That’s it. And it’s way more than enough, if his resume is any indication.

Oh – and one more thing about Resistance. Pressfield says it only comes at you hard if the idea is a great one, the thing you MUST do that’s a deep, true soul calling.

That made me want to run right back to my desk and get to work.