How to get inspired with real life murder 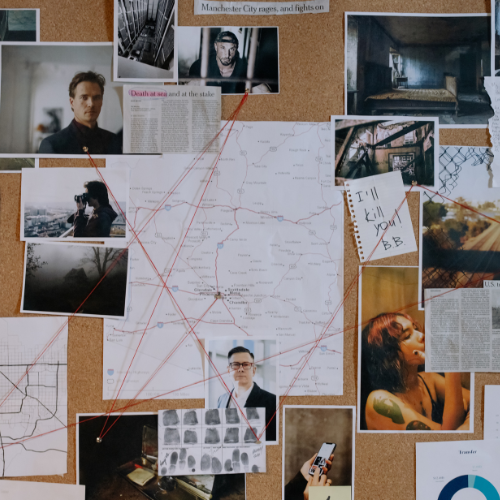 I recently had a conversation with a friend about his love for true crime stories and one that had inspired a new project. It reminded me that I had always loved true crime and had been neglecting that particular infatuation. But since there is only a limited amount of hours in the day to consume content and I’d been so focused on business-related and self-help podcasts, I’d kind of fallen off the true crime bandwagon.

Boy, I forgot what I was missing! The depraved stories of what humans do to each other IRL is incredible fodder for fiction. I mean, some of it even hits that note of, no one will believe this if I write about it even though a version of it really happened.

Yeah, people can do heinous things to each other.

My infatuation with true crime goes back to my early obsession with serial killers. You know, the one that alarmed my parents. The first true crime book I ever read was The Stranger Beside Me, Ann Rule’s book on Ted Bundy. But it wasn’t just them. When the Charles Stuart case was making headlines all over Massachusetts and beyond, my 15-year-old self was fascinated. I even turned it into a research paper for one of my classes. The Scott Peterson case had me hooked too. But all we had then were TV reports.

Now, we have true crime podcasts.

When Serial first came out with the Adnan Syed case in Baltimore, I devoured it. I remember listening to it during long commutes, sometimes sitting in the car once I’d arrived home because I was so hooked on the reporting and the story that I couldn’t bear to turn it off. And Serial started a whole slew of true crime podcasts, so now you never have to be without a show that will destroy your faith in humanity.

But hey – you may get a great nugget for a plot or plot twist from one.

So here’s what I’ve been listening to as creative jumpstarts:

Paper Ghosts – this is one of the shows that devotes an entire season to one episode. The first season is about four girls who went missing near where I used to live in Connecticut, so of course I was hooked. M. William Phelps is a true crime author and investigative journalist and hosts the show, which gets into the nitty gritty of the investigation.

Crossing the Line – another Phelps podcast, this one focuses on one case per episode. Great for a quick fix (and some fast ideas!)

Crime Junkie – I got into this one recently and now I’m hooked. It’s the same model as Crossing the Line, with each episode focused on one case, and it’s done in a conversational style between two hosts. It’s hugely popular and I don’t know how I wasn’t listening already. There’s even a fan club if you want bonus content…but the best part is, this one is part of the audiochuck network – which has multiple true crime podcasts. You can find it all – long-form investigative pods and and short-form like this one.

The Deck – also on audiochuck. This one has an interesting premise – it focuses on cold case playing card decks, a tactic law enforcement uses to try to solve “the coldest of cases.” They put faces on playing cards and pass them out in jails in hopes that someone knows something. I thought that alone was fascinating – but wait until you listen to some of the cases!

Morning Cup of Murder – this one is wild because it is released daily, and it covers a crime that happened that day. I’m sure we’ll see some of these on the cold case podcasts in the future!

So there you have it – five places to go for inspo. Just don’t get so sucked in you forget to write! Not that I would ever do that…

And hey—DM me on IG and let me know which one you’re obsessed with, or tell me about one I haven’t tried!