It’s all water under the bridge – uh, no it’s not 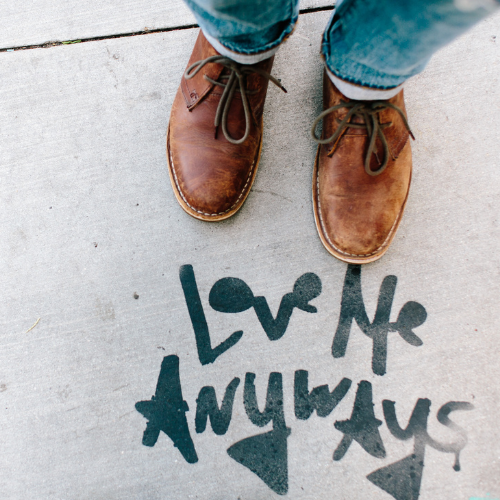 I posted something on social media last week about a difficult moment I had with a family member recently, a moment that brought up old fears, stories and patterns that I’d been working on dismantling for so long. The post got responses from people who expressed similar feelings of holding too many things inside and allowing others to be in charge of their stories. Staying silent about huge life moments that have impacted their lives. Feeling like their souls are being crushed. And how it’s stopping them from expressing and experiencing so much in not only their creative lives, but their lives in general.

I read those messages and realized I had to write more about this. Because I truly believe that, out of ALL the work that I’ve done on myself (and trust me, there’s been a lot), it was when I discovered the simple truth that my stories are MINE and I have every right to tell them that everything changed for me.

Let me say right up front: This is not about judging, blaming or badmouthing anyone. Nor is it about being stuck in negativity. This is about owning what’s happened to you, expressing it so you can heal, and in doing so, being able to move through it. And when you do that, you’re able to connect with that innermost place where your creative ideas come from.

To keep all those stories and all that trauma (big T or small t – both need healing) inside keeps you stuck in unhealthy patterns. I did it for years and it kept me from writing—or at least writing consistently. It made for very unhealthy relationships because I never felt like I was fully able to express myself. And when you can’t—or don’t—fully express yourself, you never fully step into your real, true self.

So let me tell you some of that story.

I grew up in a family that was very entrenched in its generational beliefs. There was a lot of “We don’t talk about that outside this house” kind of thing. Nothing bad was happening, it was just that deep-seated belief that certain things (especially politics, religion, and any kind of familial disagreement) were not for public consumption. I was encouraged to be quiet, to not make waves. To do what I was “supposed to do” so I could be liked/loved.

When I married the wrong guy and the marriage unsurprisingly turned verbally and emotionally abusive and went down in flames, there was a lot of shame on my parents’ part because of their strong religious beliefs. Which, I suppose, made me feel a lot of shame. But also, no one would ever acknowledge what was actually happening and why it was such a volatile situation. To the point where I couldn’t even acknowledge it. It took an acquaintance I met a few years later, when I managed to untangle myself from most people in that time period of my life, to point out to me that it was real. That conversation hit me hard. And for the first time, I really sat down and looked at my life. How I’d gotten there. The way I kept myself so small in everything I did, afraid to speak up, afraid to take up space or offer an opinion. I had no confidence in myself. My fiction was suffering—meaning I was barely writing any.

Damn, I was miserable. And in that moment I decided to change it. Which is another story – and a long, winding journey of all kinds of self-discovery, healing, backsliding, and trying again. And again.

Fast forward 16 years and I’ve come a long way. I’m telling my stories. I’m letting them shape who I am and what I do in the world. I’m still working on how not to play small. To expect great things. To take more risks and put more of myself out there. But I’ve gotten way better. And I believe that telling these stories are not only healing for me, but also for whoever needs to hear them.

So when someone recently tried to tell me that all of those past experiences were “water under the bridge” and we shouldn’t be talking about it, I really allowed myself to be triggered. It brought up a lot of my old stuff about being silenced, my feelings being invalidated, being forced to shove down the tough stories because they are, well, tough.

But as the wise and wonderful Anne Lamott says so beautifully, “You own everything that happened to you. Tell your stories. If people wanted you to write warmly about them, they should have behaved better.”

This doesn’t mean that you have to write a memoir and put it out to the world. It doesn’t even mean you have to post about your stories on social media, although you certainly can. It just means you have to acknowledge them. Own them. If it feels right, talk to a therapist about them. And then it means that when someone treats you a certain way, you speak up about it.

Certain things will never be water under the bridge. They’ll never be okay, even if we’ve found some kind of way to have peace and move through it. And most likely, the stories will need to be told and retold because every time we do, there’s healing in the telling. And healing leads to freedom, creative and otherwise.